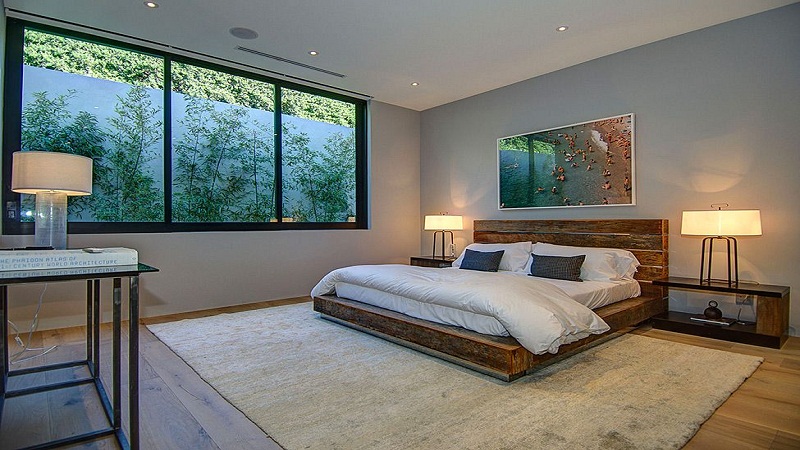 Do you want your guests to feel themselves in a magical forest, the enigmatic-enchanting atmosphere of which is usually brilliantly recreated by American artists in fairy-tale films? Then better color than saturated blue, for the design of the guest bedroom is not found. Each shade of blue is inherent in this or that mood. Light celestial tones, for example, cause associations with a bright sunny day, the turquoise palette – with bays of the exotic sea. As for the royal blue or cobalt, these shades, possessing depth, carry a creative origin and a bit of mystery.

ROYAL BLUE SHADES IN THE DESIGN OF THE GUEST BEDROOM 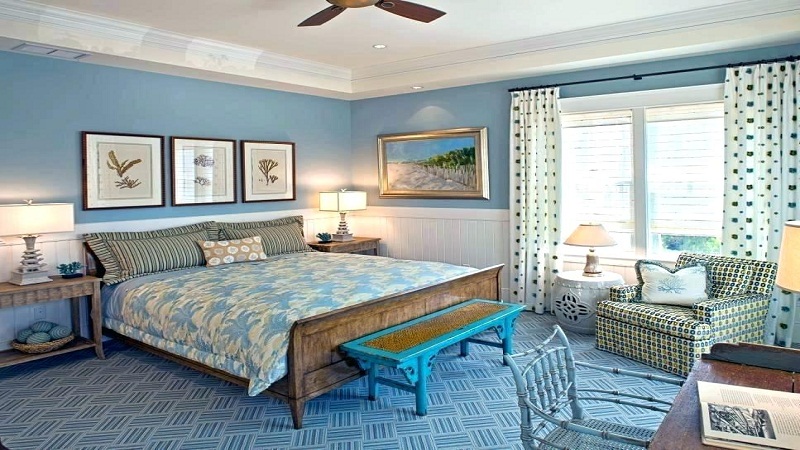 In the design of the guest bedroom, which we will talk about today, a fairly classical coloristic solution is used. Royal blue, sometimes diluted with light tones, combined with golden accents. Such a strong palette of flowers is quite independent, it easily creates an atmosphere of palace luxury, so the premises, solved in blue-gold colors, often do not need any special decor.

MODERN IDEAS IN THE BEDROOM DESIGN OF 2018

The design of the guest bedroom presented by the private designers Ruslan and Maria Greene in the photo of 2018 contains many modern ideas . For example, the abundance of mirror motifs, which are now very popular in the interior world, somewhat complicates the perception of space. And decorating the ceiling of numerous chandeliers with shiny pendants, being elements of the art deco style , give a somewhat bohemian atmosphere.

One of the most notable decorative solutions that have found application in the interior of the bedroom , in a private house serves as a golden mirror pattern on the wall. This is the very detail that, repeating itself in a number of other rooms, creates a unity of premises. The decor of the blue bedroom for guests is quite minimal, which does not affect its functionality and convenience. 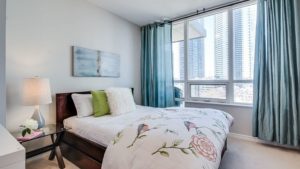 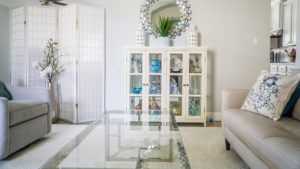 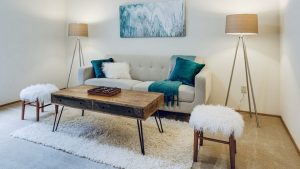